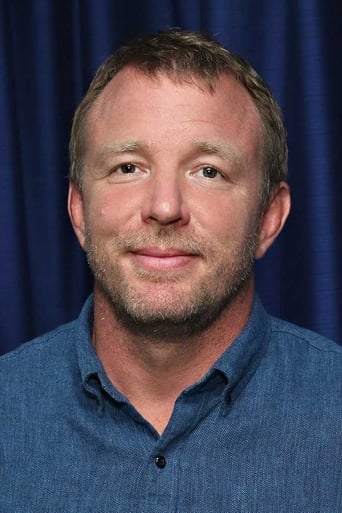 Guy Stuart Ritchie (born 10 September 1968) is an English film director, producer, writer, and businessman. Ritchie left school at age 15 and worked entry-level jobs in the film industry before going on to direct television commercials. In 1995, he directed a short film, The Hard Case, followed by the crime comedy, Lock, Stock and Two Smoking Barrels (1998), his feature-length directorial debut. He soon gained recognition with his second film, Snatch (2000), which also found critical and commercial success. Following Snatch, Ritchie directed Swept Away (2002), a critically panned box-office bomb starring Madonna, to whom Ritchie was married between 2000 and 2008. He went on to direct Revolver (2005) and RocknRolla (2008), which were less successful and received mixed audience reviews. In 2009 and 2011, he directed two box-office hits, Sherlock Holmes and its sequel, Sherlock Holmes: A Game of Shadows, respectively. The former was nominated for Academy Awards in Best Original Score and Best Art Direction. His other directed motion pictures are The Man From U.N.C.L.E. (2015), which is a remake of a 1960 spy series, King Arthur: Legend of the Sword (2017) and the live-action adaptation of Disney's Aladdin (2019). Aladdin earned more than $1 billion worldwide, becoming one of the highest-grossing films in 2019, and the 34th highest-grossing film of all-time during its theatrical run. In 2020, he returned to crime comedy with The Gentlemen (2019), which was mostly well received and a commercial success. In 2021, he directed Jason Statham in the action film, Wrath of Man.