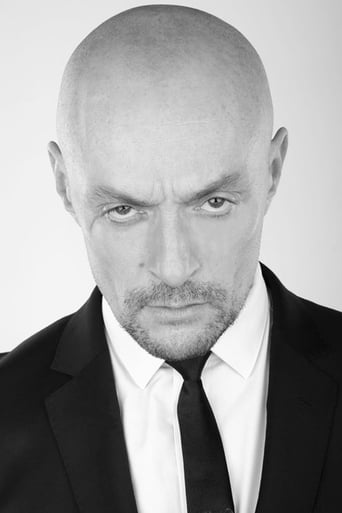 Sean Cronin was born in West London to an English mother and an Irish/Welsh father. After forming rock band 'The Marionettes' in the 1980's he toured the world as their front man for 10 years (1985-1995) playing to sell out audiences with acts like Pearl Jam and Nirvana after 4 albums and world tours returned to England where he created one of London's most infamous nightclubs 'Club Wild' (1996). Destiny struck in the early nineties and Sean was bitten by the film bug. He quickly became a cinematographer and director in his own right shooting dozens of high end music videos, short films. Sean directed the award winning An Unfortunate Woman (2014) and has shot several features including Throw of a Dice (2012). In parallel due to his intense and menacing presence Sean was asked to play supporting roles in films like James Bond, Le monde ne suffit pas (1999), La momie (1999), Le retour de la momie (2001), and Harry Potter et la chambre des secrets (2002) are a few. Moving inevitably from the background to the foreground he more recently plays 'Cyrus' in The Thompsons (2012) sequel to the Hollywood Vampire movie The Hamiltons (2006) by the The Butcher Brothers and inChris Bouchard Hackney's Finest (2014) 2012 he plays crazy Russian gangster 'Dellski' and In 'Graham Cantwell's' The Callback Queen (2013) he plays 'east end' gangster 'Arry' and more recently 'Jacob' in 'Ryan Bonders (I)'_ The Brother (2014)_ Sean has developed his craft both in acting and film making and is well as being an eclectic and talented film maker he is fast becoming one of the most convincing and sinister 'adversary's' in modern day cinema. Sean has his own production company 'Magnificent Films'. - IMDb Mini Biography