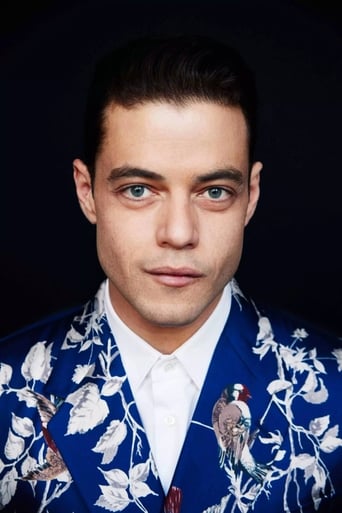 Rami Said Malek (born May 12, 1981) is an American actor. He is best known for his role as the gay teenage next-door-neighbor, "Kenny" on the FOXcomedy series The War at Home; for his role as Merriell "Snafu" Shelton in the HBO miniseries The Pacific; and for his role as the pharaoh Ahkmenrah in the feature films Night at the Museum, Night at the Museum: Battle of the Smithsonian, and Night at the Museum: Secret of the Tomb. In August 2010, it was announced that Malek had been cast as Benjamin in the final installment of The Twilight Saga: Breaking Dawn. Malek was born in Los Angeles, California, of Egyptian descent, and has an identical twin brother named Sami who is four minutes younger than he is. Malek attended Notre Dame High School in Sherman Oaks, California and received his Bachelor of Fine Arts degree from the University of Evansvillein Evansville, Indiana. Description above from the Wikipedia article Aaron Paul, licensed under CC-BY-SA, full list of contributors on Wikipedia.