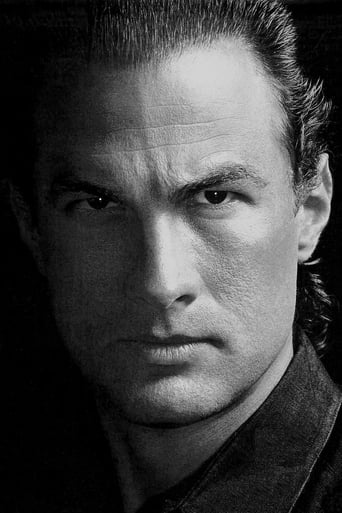 Steven Frederic Seagal (born April 10, 1952) is an American action film star, producer, writer, martial artist, guitarist and a reserve deputy sheriff. A 7th-dan black belt in Aikido, Seagal began his adult life as an Aikido instructor in Japan. He became the first foreigner to operate an Aikido Dojo in Japan. He later moved to the Los Angeles, California, area where he made his film debut in 1988 in Above the Law. By 1991, he had starred in three successful films, and would go on to achieve greater fame in Under Siege (1992), where he played Navy SEALs counter-terrorist expert Casey Ryback. However, his image became tarnished when both On Deadly Ground (1994, which he directed) and Under Siege 2: Dark Territory (1995) did poorly in theaters. During the later half of the 90s, he starred in three more theatrical films and a direct-to-video The Patriot. Aside from Exit Wounds (2001) and Half Past Dead (2002), his career shifted almost entirely to direct-to-video films (often low budget productions and shot in Europe or Asia). Between 1998 to 2009, he appeared in a total of 22 of these. At the age of 59, he finally returned to the big screen as Torrez in the 2010 film Machete. As of 2011, he's currently busy with the third season of his reality show Steven Seagal: Lawman. Seagal is also a recording artist and guitarist and the founder of Steven Seagal Enterprises. In addition to his professional achievements, he is also known as an environmentalist, an animal rights activist and a supporter of the 14th Dalai Lama Tenzin Gyatso, and the Tibetan independence movement. Description above from the Wikipedia article Steven Seagal, licensed under CC-BY-SA, full list of contributors on Wikipedia